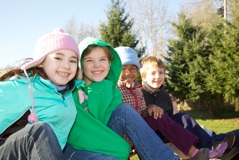 Yujin Gakuen was the first public elementary Japanese language immersion program in the United States. Our public alternative school opened in 1988. Now the school has grown to 300 students and has expanded into Colin Kelly Middle School.

In 1996, the program expanded into North Eugene High School. In the spring of 2000, Yujin Gakuen graduated its first senior class.

The school has had several foreign language grants that have helped to develop the curriculum.

Many students can remember when the school was very small and we had inside and outside shoes. We have now grown to over 300 students with two classes at each grade level.

Skip back to navigation
Translate »